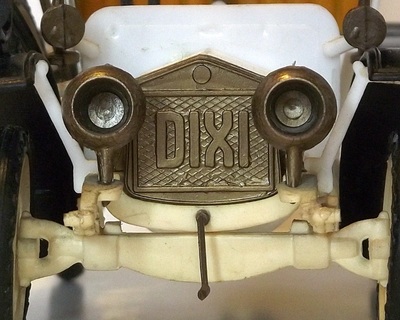 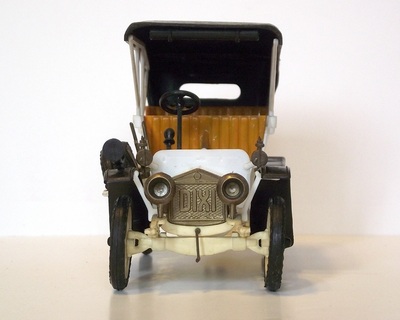 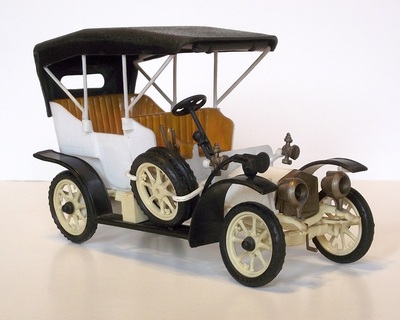 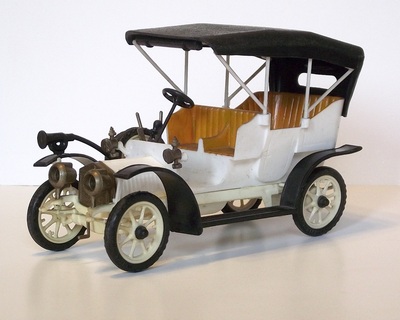 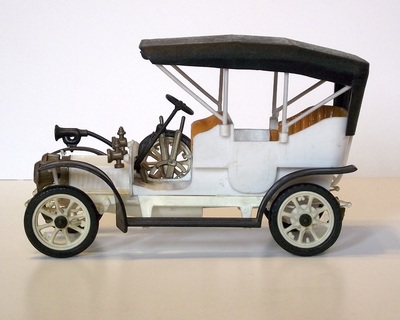 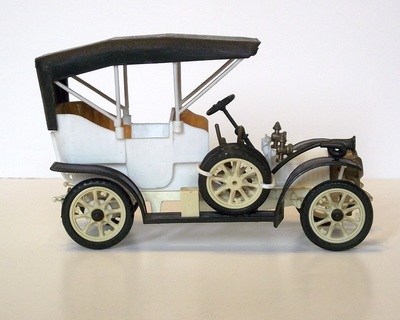 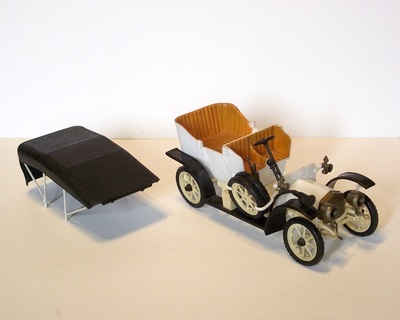 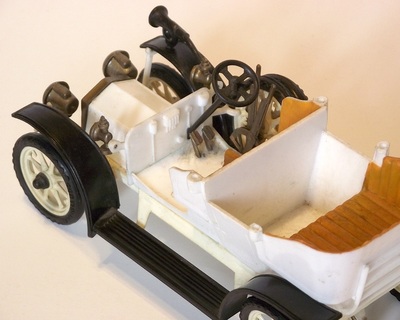 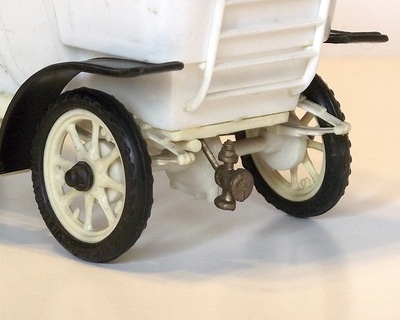 In reality:
Fahrzeugfabrik Eisenach AG was founded in 1896 by Heinrich Ehrhardt. The factory located in Eisenach, Germany initially produced bicycles and guns, but after two years the first Wartburg motor car was built, a licensed French Decauville. In 1903 the Ehrhardt family withdrew from the company and the factory began to build motor cars under the new name, DIXI. The DIXI Model 06 Type S15 came out in 1907. It had a four-cylinder 4-stroke 3430 cm3 engine with a top speed of 80 km/h and it had 32 horsepower.

This factory was acquired by BMW in 1928 but after WWII the factory was handed over to the Soviets. They continued building BMW branded cars and in 1952 when the ownership was transferred to the East German government the cars were rebranded as EMW. In 1956 was launched a new car under the Wartburg name again. The factory was closed in 1991 but production in Eisenach continues until today in a new factory built by OPEL.

The m﻿o﻿del:
This is the DIXI 06 Type S15 plastic scale model kit built by "VEB Modellkonstrukt - MK modelle" from former east Germany between 1971 and 1980. It is a 1:25 scale model that was available both in kit form and ready made model. The original car made by Automobilwerk Eisenach in 1907 had red seats. In order to differentiate this model from the other DIXI model (with red seats) from the collection, it was decided the seats to be painted yellow on this one. Components are well detailed and molded in different colours.
This scale model was built around 1975 and the photo was taken in 2015.
Published February 28th 2015 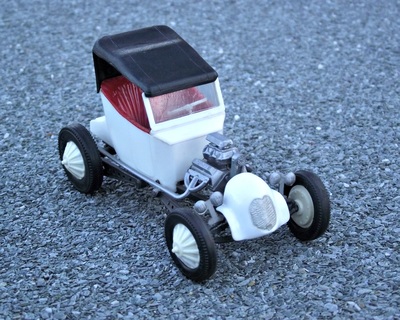 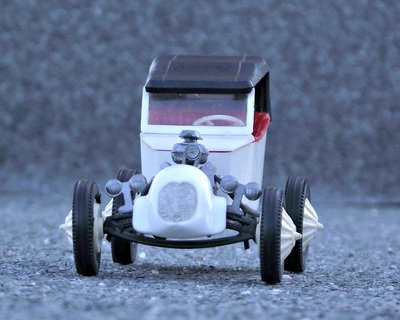 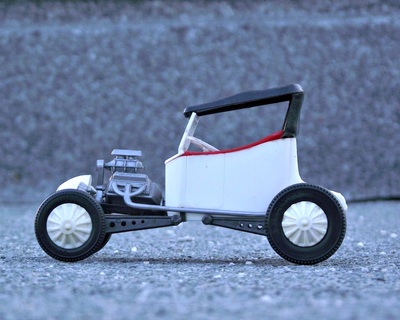 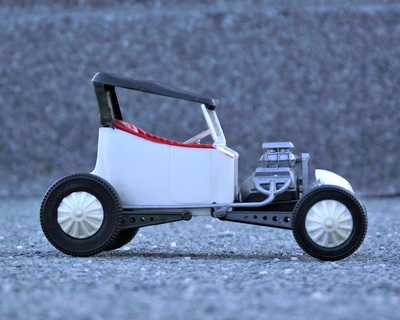 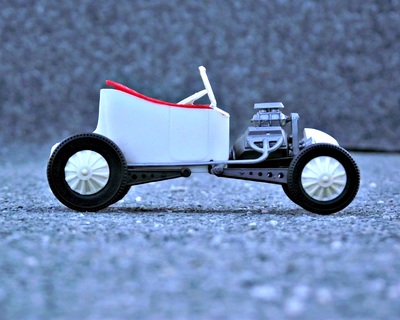 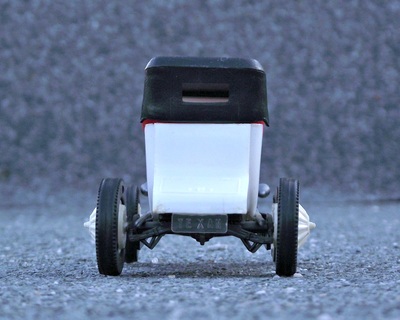 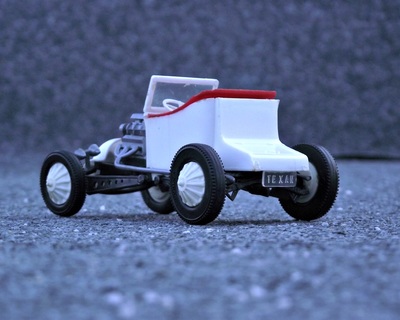 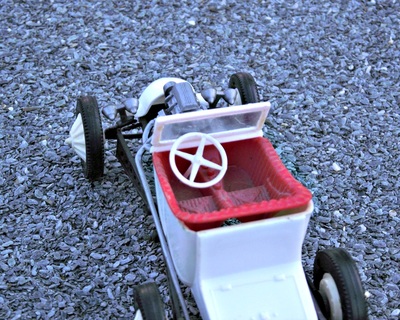 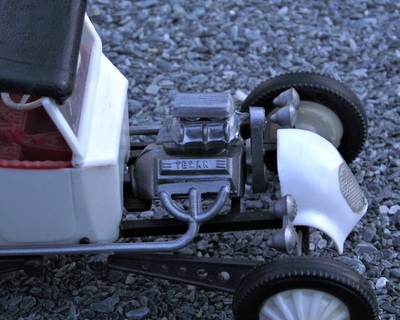 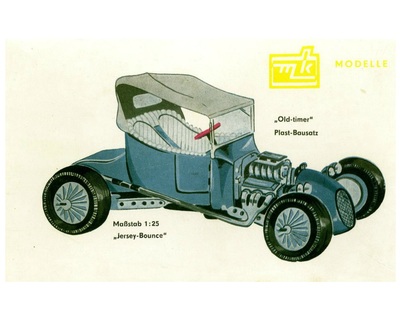 This is the Jersey Bounce plastic scale model kit made by "VEB Modellkonstrukt - MK modelle" from the former east Germany between 1971-1978. This is in fact a copy of the Jersey Bounce 25T Street Rod made by PYRO from USA as part of their Table Top Series during the 60's. The presented scale model was assembled around 1972-1974. You may notice that the inscription on the engine, license plate and chassis is TEXAN. The only explanation I can find is the fact that the two models from MK modelle, TEXAN and Jersey Bounce, were based on similar components and somebody at one point must have mixed the components.
The box art presents this model as a 1:25 scale model but the original PYRO model was 1:32 so it is unclear if the 1:25 scale is correct. I have no reference to check the scale. Until the mysteries are solved please enjoy these pictures made on a warm summer sunset in 2015.
Published June 30th 2015