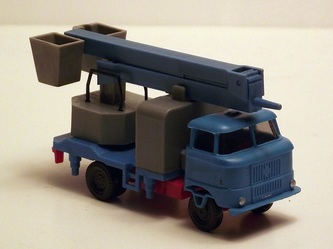 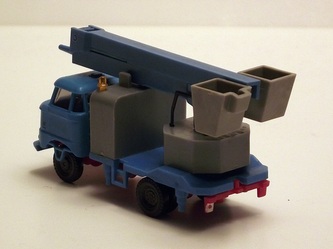 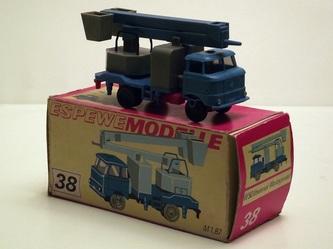 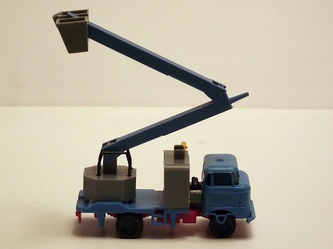 In reality:
The model W50 was a multi purpose truck built by IFA (Vehicle Industry Association) in east Germany between 1965 and 1990.
The model:
In the pictures there is a 1:87 scale model made by ESPEWE MODELLE from east Germany, produced between 1972 - 1975. It is a plastic model with a crane that can be extended and rotated. As a 1:87 scale model it fits perfectly to the HO size model trains made by PIKO Germany. 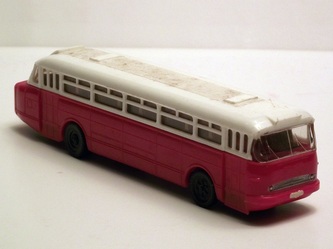 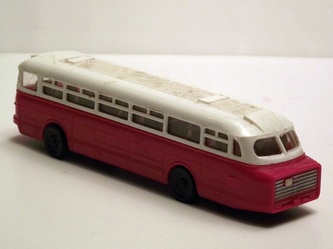 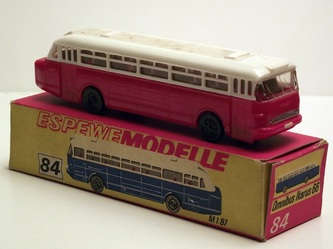 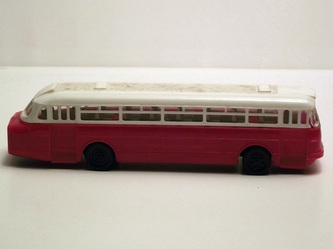 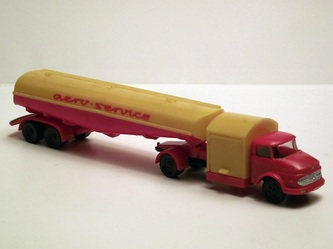 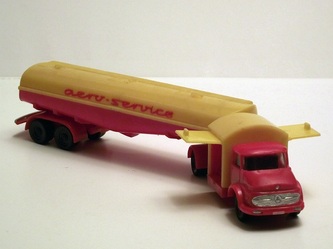 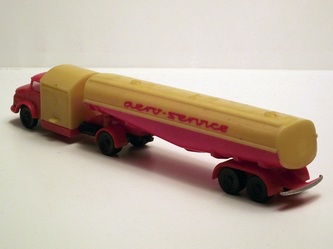 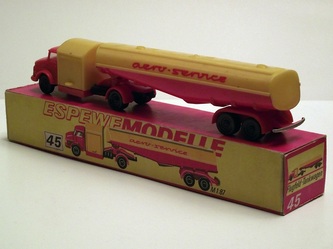 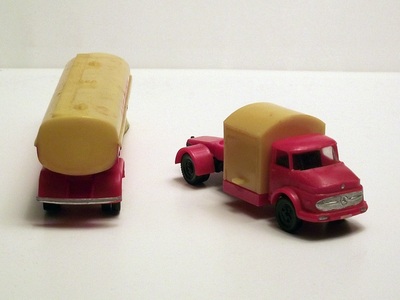 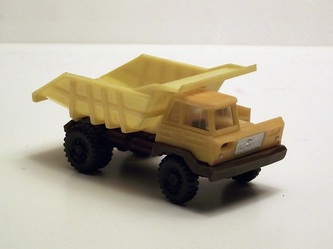 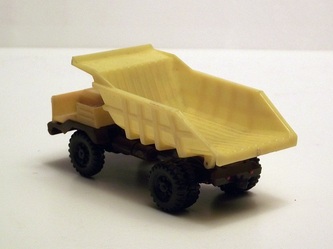 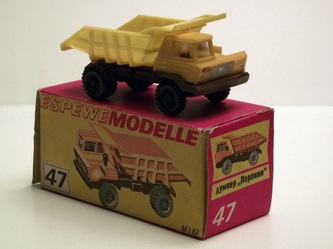 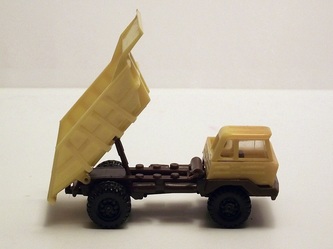 In reality:
Perlini is an Italian truck manufacturer. They still manufacture large dump trucks.
The model:
This is a 1:87 scale plastic model made in east Germany by ESPEWEMODELLE betwenn 1978 - 1990.
It was No.47 in the series and a perfect match for HO size model trains by PIKO.

The Espewe Modelle 49 scale model is a fully plastic semitrailer container with detachable tractor and removable containers. The tractor is a UNIC Izoard but this is nowhere mentioned on the box and as a kid I never knew this. The containers have double articulated doors and can be stacked with the help of small pins located at the bottom of the container. The detachable tractor is interchangable with the tractor from the Espewe Modelle 45 shown above. Scale is 1:87, a perfet match for the HO scale model trains manufactured in the former East Germany by PIKO.

Part of a small series built at a scale of 1:50 this is a plastic scale model of a OLDTIMER DAIMLER BENZ 1911. It's a 85 mm long model, made in several colours (white, yellow, red, orange, green) with black fenders, bronze coloured details (headlamp, radiator grill) and transparent windshield. Full catalog number is 135/1521 with 521 printed large on the box. According to a 1968 ESPEWE MODELLE brochure this is the scale model of a Mercedes 14/30 but the model is marked "Oldtimer Daimler Benz 1911" ​This model was also available as part of a "Giftpackage" but these were strangely built to a scale of 1:87 instead of 1:50. It seems that there were two production runs, one from 1968 to 1978 and another one between 1988-1990.

​The "Wanderer 1904" (Art.-Nr. 135/1520) was part of the 1:50 scale series from Espewe Modelle. The scale model is made of polystyrol in 3 different colours and it has steel axis and steel steering wheel column. In addition to this, several details are painted - true to the original - in silver and bronze. As you can see I have two models in my collection. The one with broken wheel has no box while the white model has it's original box as well. The "Wanderer 1904" was also sold as part of the "Oldtimer" set  Art.-Nr. 135/1305.

A real Wanderer Nr. 2 (1904) is displayed at the Dresden Transport Museum (Verkehrsmuseum Dresden). This is a 1800 cm3, 2 cylinder, 12 HP two seater built by Wandererwerke-Chemnitz Germany. The car division of this company later merged into Auto Union.