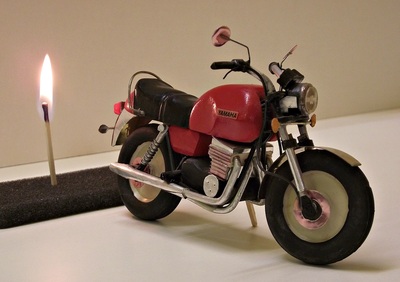 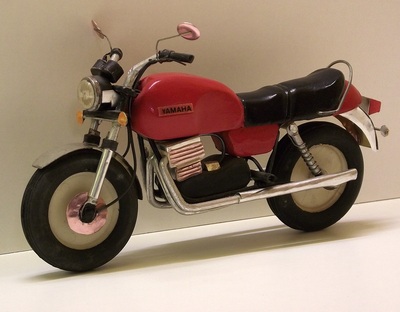 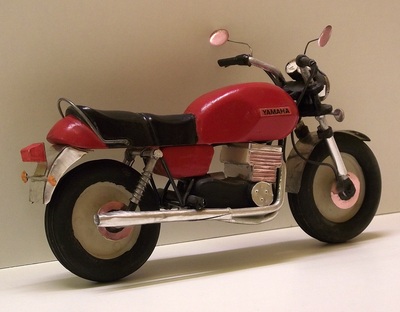 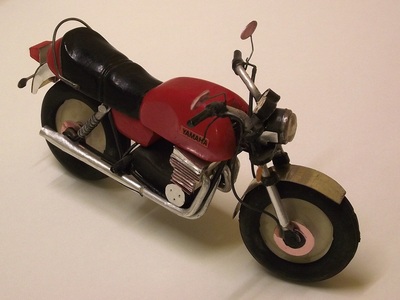 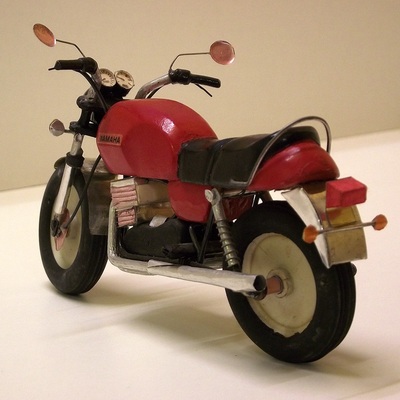 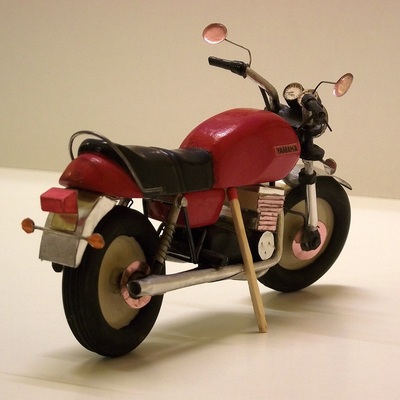 The fuel tank and the seat are carved from one piece of wood that was painted in two colours. Over the front fork there were mounted two triangles made of wood, glued in place using wood glue then painted black. The copper wire used for the frame had two hooks where the triangles of the front fork were attached allowing the handlebar to be turned to left and right.
For the clutch and front break lever, the rear view mirror and the fake non functional rear suspension I have used door bell wire. From the same door bell wire the insulation was stripped and used for the front brake and clutch cables. For the front and rear fender I have used a food can that had no print on it. (They had paper labels glued to it) For the final assembly I have used wood glue to fit all the components in place.